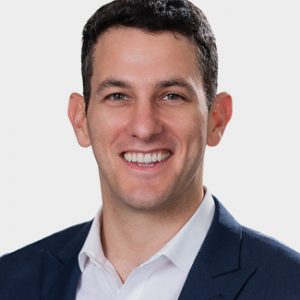 My Personal Journey to a Cure for ALS

My name is Daniel Barvin and I’m both a Coya Therapeutics employee and a patient intimately tied to neurological disease. One day I will develop ALS, just like my father, aunt, and uncle before me. And guess what? That inspires me, because I’ll be the last ALS patient in my family. I’ve taken steps to ensure my son will not be at risk and now I’m trying to change the future for all ALS patients.

I’m a member of a Familial ALS family, which has resulted in this disease taking 3 out of 4 siblings from my father’s side. I’ve seen the extraordinary financial burden of this disease, the immense stress and sadness loved ones suffer and the brilliantly shining light of life that is taken far too soon. For the past twenty years of my life, ALS has been a constant companion.

Mere months after my marriage, we received news that would forever change our lives. We learned that my father’s FTD was caused by the C9orf72 gene expansion he carried and that there was a 50% chance he had passed it on to me. Suddenly, my family history made sense, yet simultaneously I was stricken with fear. I immediately thought about my wife and our plans to have a family. I wanted to protect my wife from having to become a caretaker and I wanted to prevent this gene from being passed down to our children…and future generations. So, in early 2018, we spoke to a genetic counselor to learn my risk for having and passing on the mutation. If I tested positive, I would have a very high chance of developing ALS/FTD later in life.

In December of 2018, I did test positive for the C9orf72 gene expansion. As difficult as this news was, there was a silver lining. I had answers instead of uncertainty and could take action. We wanted to start a family and learned we could avoid passing down my gene expansion by utilizing IVF and PGD (Preimplantation Genetic Diagnostics). After seeing how this devastated my Father’s generation, unsure of how it would leave my generation, it was clear to my wife and I that we would do anything to protect the next generation. In May of 2020 we welcomed our son, Kai to the world!

I found out my gene status through the DIALS (Dominant Inherited ALS) study, where I was given guidance and care along my journey to discovery. Additionally, knowing that I was giving back to move forward research, made all of the poking and prodding worth it. It was through DIALS that I gained the ability to see beyond my own predicament and look to how I could help others.

I took on a role helping others move through their journey of discovery and I quickly realised there was a gap in resources available to the familial ALS community. So in 2020, I started the Familial ALS committee as part of I AM ALS to raise awareness of Familial ALS and empower, support and advocate for potential and actual ALS gene holders and their families.

As we grew and started holding support groups, sharing answers from leading researchers and policy makers, and creating resources, I gained a deeper understanding of the overall structure of advocacy and involvement. I realized I wanted to not only fight against ALS in my spare time, but wanted to dedicate my career to the cause as well. When I discovered Coya Therapeutics was hiring right in my backyard, I was eager to throw in my hat. Now being able to work alongside the Coya team and Dr. Appel and his team at Houston Methodist, I am in awe of the progress we make every day. My passion for finding a cure motivates me to do all I can to push forward an effective therapy for all ALS patients.

Click here to hear an indepth interview with Daniel. https://omny.fm/shows/endpoints-podcast/daniel-barvin-working-to-create-a-future-without-f

We are a clinical-stage biotechnology company focused on developing proprietary new therapies to enhance the function of regulatory T cells. We are currently developing our multi-modality Treg therapies for neurodegenerative, autoimmune, and metabolic diseases.