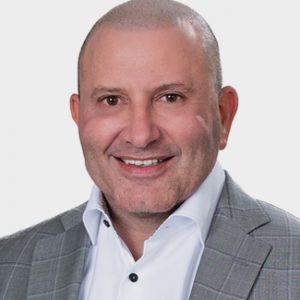 One medical appointment at Houston Methodist changed the course of my life. In the middle of my career, I was comfortably situated in my senior position at Abbvie, developing and launching therapeutics for cancer patients whom had few other treatment options. I had just launched Venetoclax, a ground breaking, FDA approved drugin leukemia. Venetoclax works to inhibit a protein (BCL-2) involved in cell survival, one of the underlying mechanisms in progression of blood cancers, such as CLL and AML. The drug was so effective in CLL patients, that almost overnight, it had transformed the way doctors managed these patients. Being a part of the team that helped guide the strategy was rewarding and I believed that there was nothing that could surpass this clinical achievement.

At my Houston Methodist appointment with Dr. Gustavo Roman and Dr. Joseph Masdeu, my father’s neurologists at Houston Methodist Hospital, in which I was following up on my dad’s condition, we discussed a few items of mutual professional interest. Dr. Masdeu serendipitously suggested that I speak with a Dr. Stanley Appel about the research he was conducting here at Houston Methodist. I had heard about Dr. Appel; his name was legendary in the field of ALS and neurodegeneration and he was considered the world expert in the field. So I wondered what Dr. Appel would need to speak to me about? Dr. Masdeu shared that Dr. Appel was working on some very innovative work in the field of neurodegenerative disease and that with my experience and connections, there were opportunities to help him realize his mission to transform care for patients. After an introduction, I met with Dr. Appel who kindly walked me through a briefing of his research including his findings to date. I was hooked after slide 3! This was another transformational opportunity to challenge the current paradigm in treatment of a devastating disease with few options.

Dr. Appel and his team had conducted the first-ever phase 1 clinical trial for a new immunotherapy using infusions of expanded autologous regulatory T lymphocytes, or Tregs. Tregs are immune T cells that help protect the body from the harmful inflammation associated with the progression of ALS. They found that many of their ALS patients not only had low levels of Tregs, but those they did have were not functioning properly. They hypothesized that improving the number and function of Tregs in these patients would affect how their disease progressed.

Accordingly, Dr. Appel and his team selected three ALS patients at different stages of ALS progression. Each patient underwent leukapheresis, a procedure that removed blood and separated out the white blood cells. Tregs were then separated from the white blood cells and expanded in a specialized laboratory before being infused back into the patients. They found that Tregs that had not functioned properly when in the patient’s body, returned to normal function after being expanded in the lab. The Phase 1 study successfully demonstrated safety and tolerability of the autologous infusions of expanded Tregs in ALS patients, and a potential of slowing or halting disease progression. This was promising news and a Phase 2a study commenced, which is nearing completion with study results to be revealed later this year.

One of the most challenging aspects of cell therapy is manufacturing. I had been warned about the need to be scalable and industrialized for true commercialization potential. Manufacturing regulatory T cells is not easy. The cells can be finicky and highly unstable; unlike working with effector T cells commonly used in CAR T therapy. Despite their difficulties, Dr. Appel nonetheless discovered a practical means to cryopreserve Tregs; successfully expanding, freezing, and re-thawing them, while maintaining their viability and vital suppressive function. Even more intriguing, the technology extended to treating multiple disease conditions, such as other neurodegenerative diseases including frontotemporal dementia, Alzheimer Disease, Parkinson Disease, and autoimmune conditions, based on the concept of dysfunctional regulatory T cells underlying those conditions. Moreover, Dr. Appel and his team had managed to isolate and concentrate Treg derived exosomes, which are vesicles derived from the regulatory T cells and which are even more neuroprotective than the cells itself. But more on that in a future blog.

This is what made me particularly excited about the technology. I joined Coya as the CEO and secured the license to Dr. Appel’s technology platform. In February, we closed a $10 million deal to advance the program and build out a pipeline. In a short few months since receiving our funding, we have made remarkable progress in industrializing and automating the platform into a scalable modular system. With Coya’s manufacturing process, we are able to make a single manufacturing run once per year and produce enough patient doses for a full year’s supply that can be stored, shipped, rethawed, and infused at remote, outpatient facilities. We look forward to deploying these processes for upcoming ALS and related neurodegenerative disease clinical trials.

We are a clinical-stage biotechnology company focused on developing proprietary new therapies to enhance the function of regulatory T cells. We are currently developing our multi-modality Treg therapies for neurodegenerative, autoimmune, and metabolic diseases.